It all started with this tweet, by Liz O’Riordan and, later, her post on the language of cancer. When I read it, I thought I’d respond. So this post has been long coming.

To be honest, I’ve never given much thought to the battle/fight metaphors in the way we speak about cancer (and other illnesses). It’s just the way we talk and, for a linguist, I suppose, it’s more the problem of just noting the fact, rather than telling people how to speak. Of course, I know work on ‘cancer metaphors’ by linguistics, but the way I understood it was that there isn’t an obvious and clear way in which one should speak. Indeed, in one article, Elena Semino with her colleagues suggests that violence metaphors can be empowering. Basically, for some fighting metaphors work, for some they don’t.

NO-ONE battles / fights metastatic cancer. It’s terminal. You just cope the best you can. Losing battle implies he failed and he def did not

If anyone mutters those words after my death, wherever I am, I will curse them. 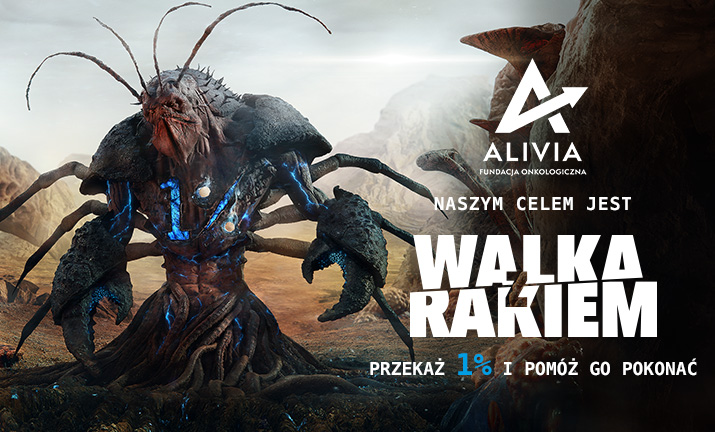 The slogan says: Our goal is fight against cancer. Give 1 per cent and help overcome it.

I was quite struck with the picture. To me it’s the violence metaphor taken to the extreme. We no longer fight cancer, a disease. We have just started fighting a real war, as the campaign video shows:

And so, I saw it and I thought it was time to write the post. Let me start with the image. The main character, probably, cancer itself, is a strange creature, a sort of mix of aliens from insectoids in Starship Troopers, through octopi in Pirates of the Caribbean to a reptilian Xindi from Star Trek Enterprise. I suppose it’s supposed to be menacing, but I must admit that when I first saw it, I thought it was rather disgusting and not menacing, the second time I looked at it, the figure was rather ridiculous because of the obvious connections with the various sci-fi films. Also, I guess, it will be hard to find an octopus in an arid mountainous region

I also started wondering whether this is something I will have in me, if I have cancer. Something which looks like a parasite. And if so, I’ll feel more disgusted than scared. Even though the figure is represented with an asymmetrical angle, looking down on us, which suggests its power (I’m referencing Kress and van Leeuwen’s Reading Images here), I still cannot think of it as scary and powerful, just disgusting. Presumably, suggestive of the alien’s height, the image underscores its alienness, placed on a barren planet (no idea if it’s Earth), as if it was removed to a different reality. I would imagine that cancer is anything but, it’s very much here and now, and not somewhere out there.

But the image itself is just half the story. What I found particularly objectionable is the film. The main character, a woman who had lost her hair, fights the cancer on her own. She seems to be a patient left to her own devices in the face of a formidable enemy. Yes, a ‘system’ provides her with ammunition (made of money), but it behoves her to shoot the enemy. The imagery does not construct an abstract ‘fight against cancer’, medicine’s fight, science’s fight. It’s one woman fighting it and losing.

And here comes what really angers me. The word for ‘cancer’ in Polish, ‘rak’, is a noun in masculine gender (gender is a grammatical category Polish). Indeed, the caption, literally, talks about overcoming ‘him’, just as the noun demands. Though it is not explicit, the figure is, I think, stereotypically masculine. The broad shoulders, large neck muscles and the triangular upper body are suggestive of a male athlete and are accompanied by the large pincer-hands. The picture is complete with the phallic tentacles growing from the ‘waist’ down. It seems the fight with cancer is also one in which women fight men. I despair!

As a linguist, I know I’m not supposed to, and yet, I intensely dislike this imagery, I just cannot relate to the reality it constructs. This is the first time I take a side – perhaps violence metaphors and imagery should be re-thought. And if you think they make sense, perhaps, both the metaphors and the imagery should be much more sensitive as to who exactly fights what and whom.

Language matters, as we are repeatedly told. Yes, it does. It also matters differently to different people. But I do wonder whether how it matters to ‘you’ is more important than how it matters to ‘me’. But, I guess, that’s not a question for a linguist.